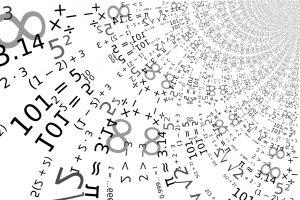 Dr. Rauscher held concurrent invited positions at the Stanford Linear Accelerator Center (SLAC) from 1971 to 1972 and was a consultant of the Stanford Research Institute (SRI) Radio Physics Laboratory 1974-1978 in theoretical relativistic physics. She also held a Navy grant from 1970-1974 through U.C. Berkeley and also she held an Air Force consulting position in 1979 an antennae theory and in 1979 and 1989, she was a delegate to the United Nations on long term energy sources and environmental issues. As a consultant and adjunct professor at the University of Nevada, she conducted theoretical research and advised experimental programs on fast light ion-atom collisions, primarily helium to calculate high resolution extreme ultraviolet (EUV) emission cross sections 1990-1995 in which she worked with faculty and graduate students in completing their graduate programs. From 1997-1999 she conducted research on generalized quantum theory and relativistic invariance under a Stanford Engineering research grant.

B.   Program Development, Administration and Committees
Administrative experience, program and group leadership and committee activities are listed. These projects involved the knowledge and ability to coordinate, integrate, organize and deal with interpersonal relationships of administrators, faculty, students and employees, as well as budgetary programs. Also utilized was the ability to present information in written, graphical and oral presentation for.

Dr. Rauscher served on the academic oversight committee on women in academia at UCB (1969-1971), was on the Radiation Safety Committee (1972) at LBNL, set up successful training and advancement programs for LBNL employees (1969-1973), organized and chaired coordinating and review committee for minority students and employee programs for recruitment and training at UCB and LBNL (1970-1973) and met on a regular basis with LBNL Directors Edwin McMillan and later with Andrew Sessler on laboratory policy issues, organized and chaired the Fundamental Physics group at LBNL (1974-1977) in which over forty physicists, biophysicists and sociologists participated, directed solar physics research program at LLNL (1966-1967), vice president academic senate at JFK University (1980-1982), elected president of the PRG psychology and interdisciplinary nonprofit program in San Francisco, CA (1980-1986), board of directs MIT habitat research program, conducted in Santa Barbara, CA (1975-1978), organized new section of the IEEE, Tesla Centennial (1984-1988), elected president of the N.W. Center for the study of Non-Ionizing Radiation (1991-1993), delegate and adviser to the United Nations (1979, 1989) as previous stated, President and Research Director of Tecnic Research Laboratories of California (1979-1988) which held NASA, Navy, Air Force and academic and industrial consulting contracts and also DOE, DOD and private industry grants, vice president Magtek laboratories, Inc. of Nevada conducting biomedical and bioengineering research and conducting FDA studies (1988-1993), advised Reno City Planning Commission (1992) and partner Tecnic Research Laboratory of Arizona (1998-present).

C.   Government and Industrial Positions
In 1979, she started her own company, Tecnic Research Laboratories (TRL) of California which held a number of government and private industrial grants and contracts. She held a Navy contract in 1983, 1990, 1991 on ionospheric studies and from 1983 until 1985, she had a NASA space shuttle project contract under TRL to increase the integrity of welds under plasma are welding. Also she had, under TRL, a contract with Primary Energy Technology on quantum effects in semiconductors from 1980 to 1982 as well as a number of other contracts and grants under TRL. The Navy and NASA projects were conducted with Dr. William Van Bise.

Dr. Rauscher and William Van Bise, D.Sc. developed a sensitive non-superconducting magnetic field detector, rivaling the sensitivity of the “SQUID”, about 10-11 Gauss, which is patented. They have conducted over twenty years of extensive research on low frequency, low intensity magnetic field measurements and theoretical model development.

D.   Teaching Positions and Classes Taught
Dr. Rauscher has taught lower and upper division mechanics, graduate course in classical mechanics and general relativity and a seminar series in astrophysics, undergraduate electromagnetism, lower division mathematics and undergraduate laboratories, and upper division and graduate thermodynamics at the University of California, Berkeley (UCB), 1964, 1971-1974. She also proposed, developed and taught a course in scientific method and the philosophy and history of science at UCB 1971 and 1973 and by invitation at Stanford 1972 and also by invitation and also at J.F. Kennedy University, CA, 1978 through 1984. Dr. Rauscher conceived, started and chaired the Fundamental Physics seminar group at LBNL on the foundations of quantum mechanics and Bells theorem from 1974 to 1977. She supervised Ph.D. students, M.S. students and numerous undergraduate students on special projects at UCB, JFK University and University of Nevada, NV, UNR. She received excellent recommendations from faculty and students and many research papers and several books resulted from the Fundamental Physics Group.

J.   Honors Received
1.  Lifetime Achievement Award for the Study of the Foundations of Quantum Theory and Conscious Observer Presented by the ISSSEEM Medical Group, Colorado 2007.

2.  USPA for the USA Man of the Year Award for Fundamental Contributions to Science, particularly Electromagnetic Theory, 1989.

3.  Rosebridge Graduate School of Psychology Certificate of Contribution to Scientific Knowledge in Medical Science and Education (1988-1990).

5.  For Contributions to Fundamental Knowledge in History, Who’s Who in History of the Western United States, 1985.

6.  The Golden State Award in Recognition of Outstanding Professional Achievement in the Sciences, Superior Leadership in Education and Exceptional Services to the Success of the state of California, 1988.

10.  CSPS Hall of Fame Award by the California Society for Psychical Studies for Outstanding Research in Bioelectromagnetism, The Foundations of Quantum Theory, and Contributions to Humanity, 1990.

11.  Received the Medal of Honor for contributions in Unity of the Sciences, Seoul Korea, November 13, 1981.

13.  The Albert Einstein ARE acknowledgment for the most outstanding woman in science, 2004.

K.   Additional Activities
Dr. Rauscher taught skin and scuba diving (1966-1971) and dove extensively in California, Hawaii and Bermuda, also climbing and spelunking, climbed Half Dome in Yosemite (1964), Piloted Cessnas 150’s and 175’s (1966-1981) and is also a prize winning photographer (1964-1978). Interviewed numerous times on television and radio in the U.S. and other countries on her research, and science education.